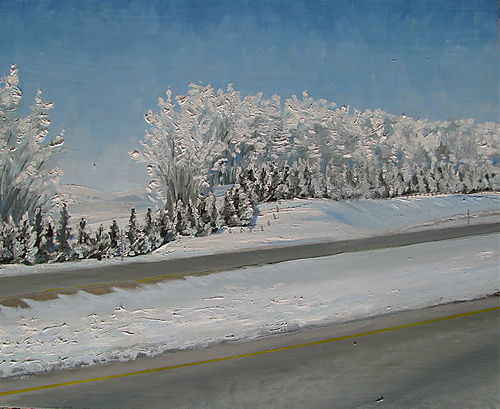 Proscenium: Living Snow Fence
Finished this one at last, and since it was still -20 outside with 50 to 70 mph winds, I kept going on the snow theme. 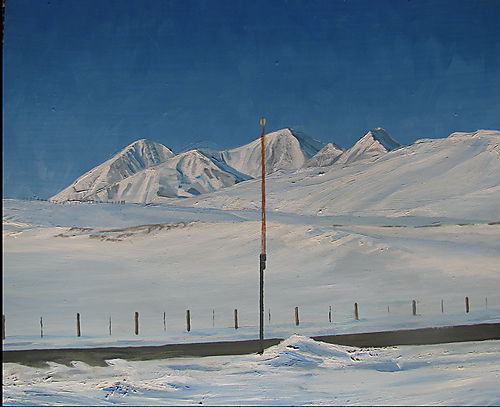 The wind blew hard enough to move the Mustang (that’s usually around 80mph or better) as we made the pass. The tall orange flexi-rod attached to the highway reflector guides the snowplows in ground blizzards and heavy snowfall. As luck would have it, the best shot landed the pole smack in the middle of the composition. 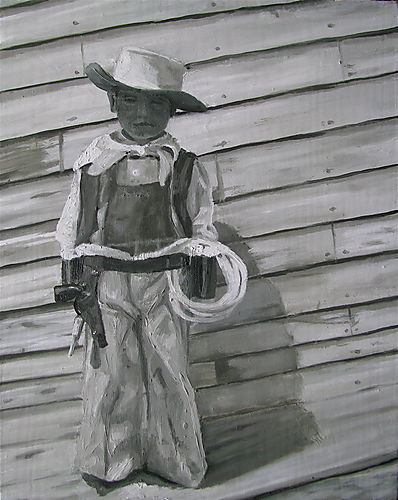 This is from a 67 year old photograph of my dad playing cowboy in his new cowboy getup. Of course, he already lived on a cattle ranch and had a pony…so I guess it would be more accurate to say he was playing Gunslinger. Guess what he did when he grew up…
You may not be thinking “Gunslinger”, but he was a Deputy Sheriff in Yellowstone County and still has his 6-shot revolver and leather holster- much closer to “Gunslinger” than modern law enforcement.

This site uses Akismet to reduce spam. Learn how your comment data is processed.