My friend Jann Haworth is leading a group-made mural (over 200 people involved). Years ago I helped get another group mural of hers in SLC started (when I was director of SLC’s youth arts programming), and did 5 figures on it: SLC Pepper. It was a re-imagination/update of her grammy award winning album cover for The Beatles’ Sgt. Pepper’s Lonely Hearts Club Band. Jann asked me to make one of the large figures for the front row of the new mural. I drew it out while in Montana at 2/3 life size, then had Kinko’s enlarge it to the mural jumbo scale.

I just realized I did more work on her after this shoot, but anyway…Jann tells me it is “pure witchcraft”. 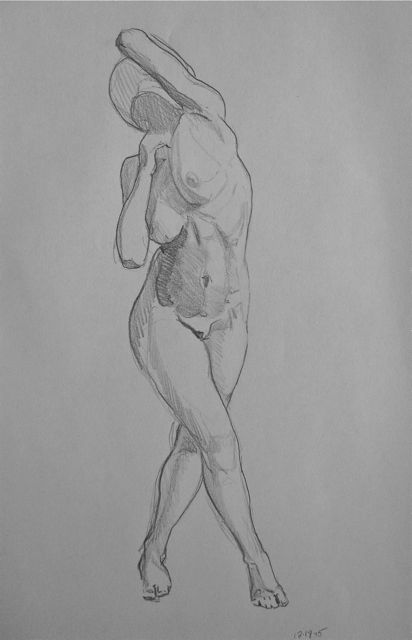 5 minute drawing, with another 5 or so minutes- could have kept going with shadow and etc, but stopping is important, even if a bit early. 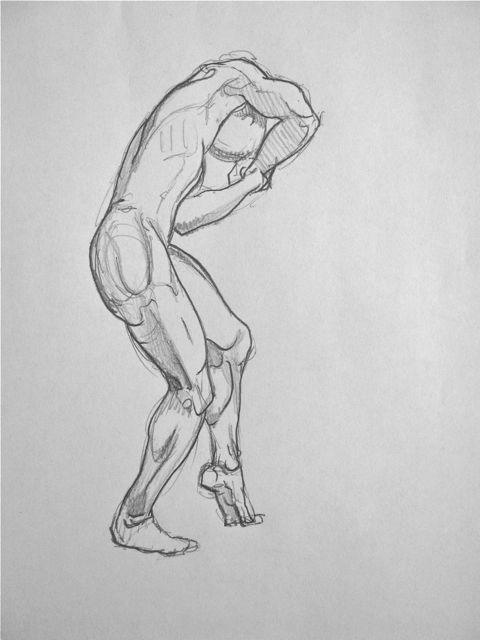 Gymnast on bar. Dynamic pose with dual foreshortening  of up/in, in layered ink marker. Her L leg needs more lift, and her body should coil over her arms with more tension: ink is unforgiving, but brings added depth to a sketchy-doodle. 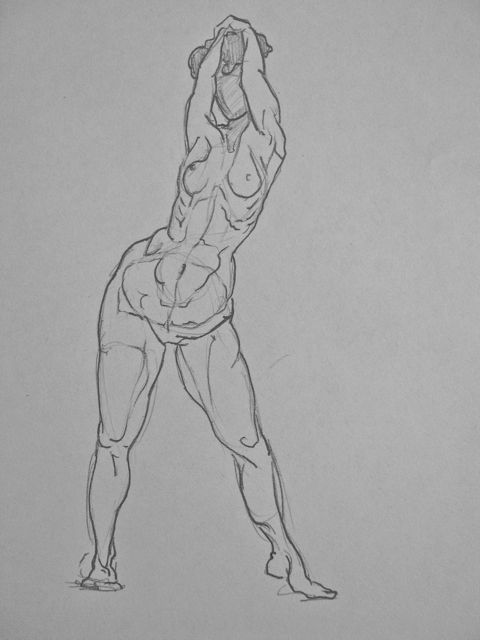 2 minute plus 2 minute: 20 count of 2 minute drawings, then returned for another set of 2 minutes per drawing. Then without the model, pulled out favorite lines in darker pencil. 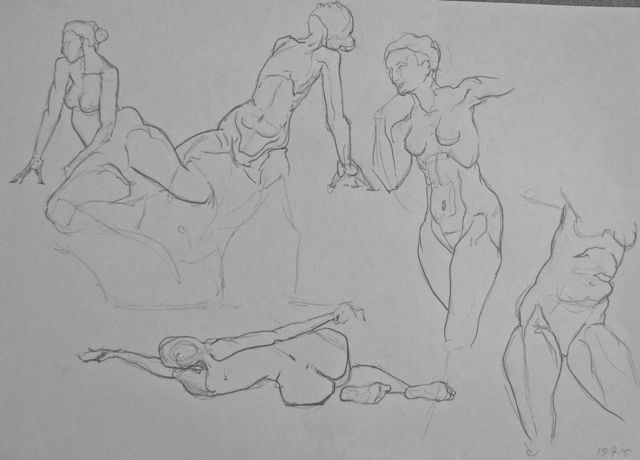 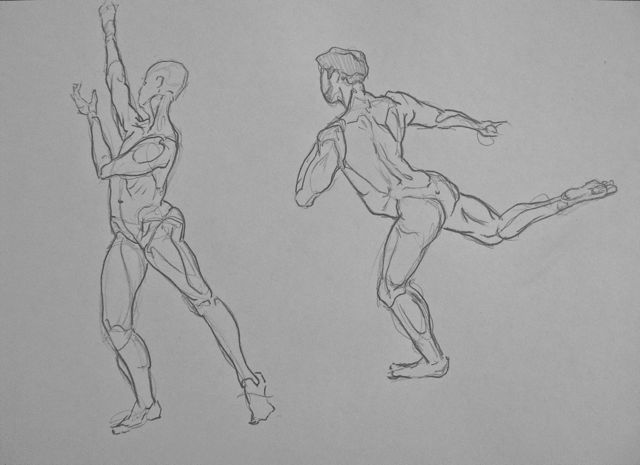 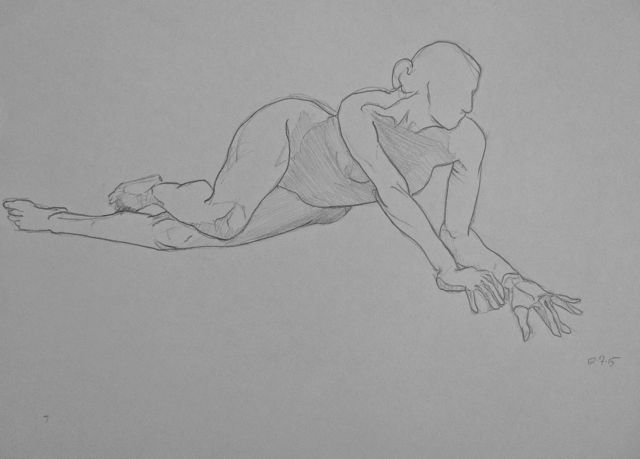 Thanksgiving gravity still in full effect on the model. I like the layered jumble of limbs, the indirect light washing the shadows, and the sculptural mass of the form.